In 2009, the RWA - one of the biggest art spaces in the UK - invited me to produce a huge exhibition, inviting Bristol Street Artists to work on the walls! The catch? I had to raise all the funding, including my wages, at the peak of recession.

I proposed and fundraised for a schools education programme led by Felix Braun, and co-produced the exhibition catalogue, which sold out. I also organised digital print sales of the work by mail order, made by The Fine Art Print Company.

I still get emails about this project. 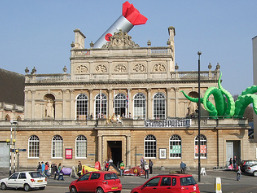 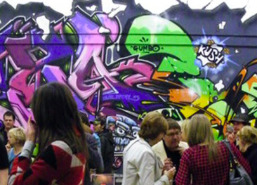